Cyril Connolly - The Unquiet Grave and other works (12 books) 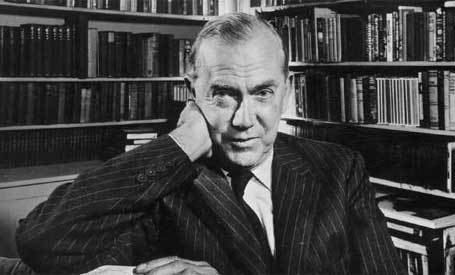 CYRIL CONNOLLY (1903-1974) was an English literary critic, novelist, and man of letters. He was the founder and editor of the influential literary magazine Horizon (1940-49). As a critic he was personal and eclectic rather than systematic, but his idiosyncratic views were perceptive and conveyed with wit and grace. Kenneth Tynan praised Connolly's style as "one of the most glittering of English literary possessions."

As a young man, Connolly made his reputation as a critic for The New Statesman, and throughout his career he was admired, though more in England than elsewhere, as a travel writer and a parodist. His only novel, THE ROCK POOL (1936), based on his experiences in the south of France, is a satirical work describing a covey of dissolute drifters and the headlong decline of a young Englishman at a French Riviera art colony.

His most notable books are his essay collections, including ENEMIES OF PROMISE (1938), in part of which he attempts to explain his failure to produce the literary masterpiece that he and others believed that he should have been capable of writing, and THE CONDEMNED PLAYGROUND (1945), an assemblage of autobiographical essays, satirical skits, and assessments of literary figures such as James Joyce, Andre Gide, Thomas Mann, and others. Despite knowing references to the writers and artists who were his contemporaries, Connolly did not write from inside the artistic life of his time. His characteristic themes and interests are those of an elegist who looks out on a fallen world and expects little but disappointment from the present. Even so, his essays remain vivid documents of English literary life in the 1930s and early 40s.

THE UNQUIET GRAVE (1944) , written under the pseudonym "Palinurus", is considered by many to be his most enduring work. It is a highly personal journal written during the devastation of World War II and filled with introspective passages and nostalgic musings that deal with aging, the break-up of a long term relationship, and the horrors of the war around him. It is also a wonderfully varied intellectual feast: a collection of aphorisms, epigrams, and quotations from such masters of European literature as Baudelaire, Sainte-Beuve, Flaubert, and Goethe.


The following books are in PDF format unless otherwise noted:


All PDFs courtesy of @Mohamed5438