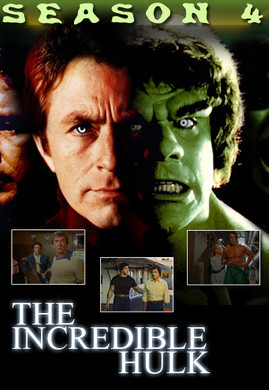 Dr. David Banner was a research scientist trying to find a way to tap into the hidden strength that all humans possess. Then, one night in his labratory, an experiment went wrong, causing him to be overexposed to gamma radiation. Now, whenever angered or distressed, the mild-mannered scientist finds himself transforming into a powerful seven-foot green creature known as The Incredible Hulk. The creature is guided by David's personality, dealing with whatever distresses David. But unfortunately, David has no control over the creature's actions. Nor can he remember what he had done during his Hulkish states. He travels around the country in search of a cure, while taking various odd jobs under different aliases. During this odyssey, he tries to avoid the pursuit of investigative reporter Jack McGee, who suspects the Hulk of murder, and who is determined to discover the creature's true identity

David saves a blind woman from drowning and accompanies her back to her cabin in the woods. When a mysterious meteor crashes nearby, David gets stuck in mid-metamorphosis between Hulk and man. A secret military organization code named Prometheus investigating the crash site, soon find the creature and the girl. 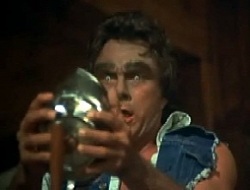 Project Prometheus gathers a group of scientist to study the captured Hulk, whom they suspect of being an extra-terrestrial. Jack McGee has sneaked into the secret compound, and after freeing David's blind girlfriend he tries to convince the specialists about the value of what they have caught. 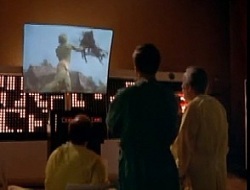